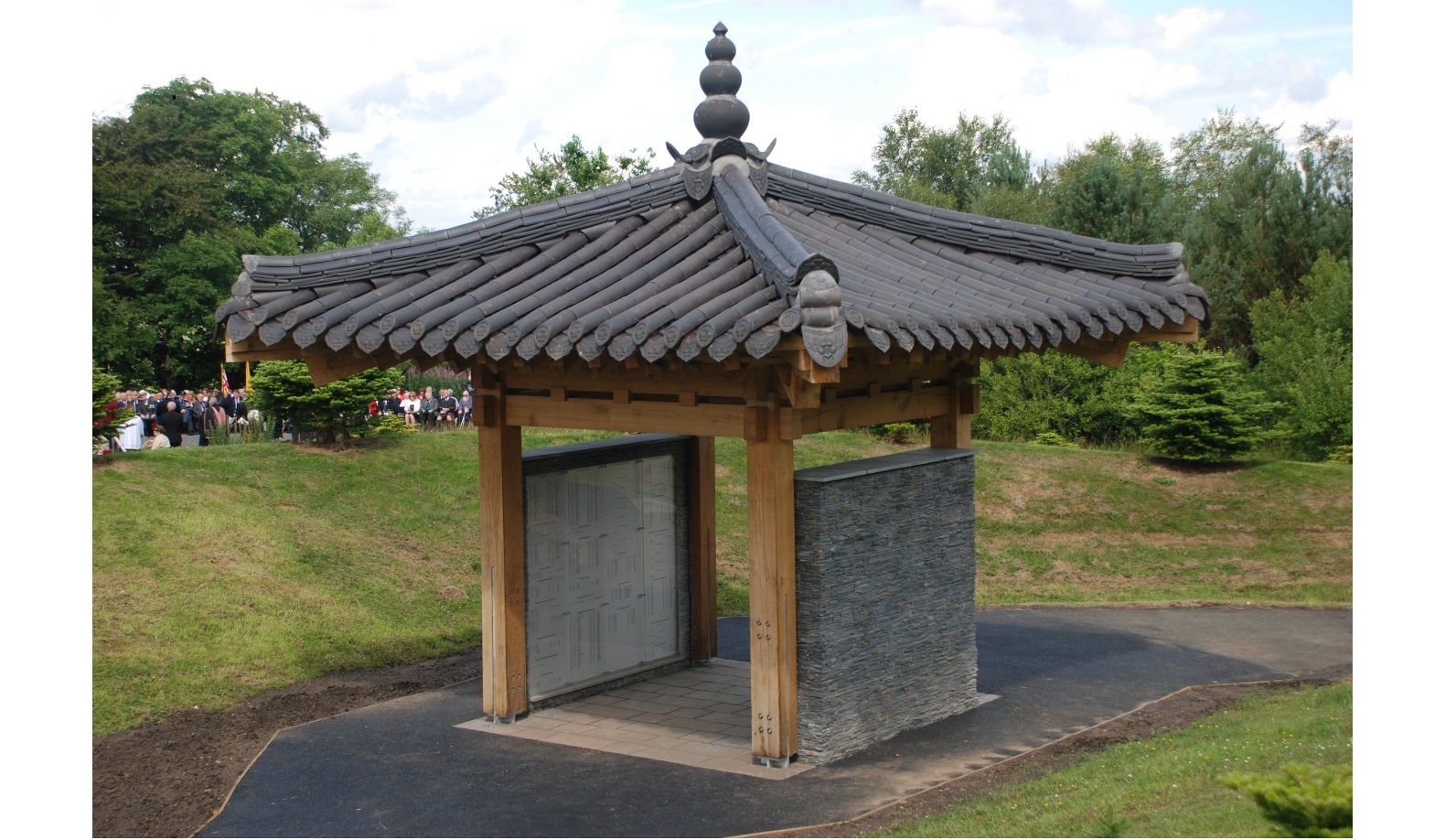 The memorial was created by the Lothians and West of Scotland branch of the now defunct British Korean Veterans Association as a tribute to the memory of their fallen comrades.

The memorial was created by the Lothians and West of Scotland branch of the now defunct British Korean Veterans Association as a tribute to the memory of their fallen comrades.

The Memorial is an arboretum of 1,114 native Scottish trees, one for every man who died, and a shrine surrounded by two mounds in the shape of the Ying and Yang on the Korean flag.

The shrine is built in the traditional style of a Korean shrine and contains name boards listing all the 1,114 men who died.

It is the only memorial in the UK dedicated to the Korean War that does this. The mounds have 110 Korean firs on them; one for every ten men who died.

There are two seats and a picnic area for those who would like to spend a little time in reflection.

The site, in the hills overlooking the Firth of Forth, was donated by West Lothian Council, who maintain the memorial.

Download the guide which includes a map and information.

The Memorial is located on the minor road linking Bathgate and Linlithgow and is signed from both these towns.

From Bathgate follow B792 towards Torphichen and follow signs for Beecraigs Country Park. The War Memorial is 1 mile up this road.

From the M8 follows signs for Beecraigs Country Park 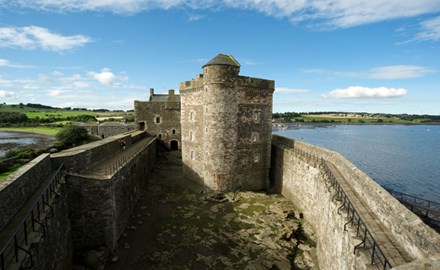 Please note, the car park has limited spaces and will be monitored. It is only available for those that have booked tickets to visit the castle and its grounds. Step into a largely intact medieval castle whose defences once guarded the Firth of Forth. An impressive venue used as infamous Fort William in Outlander.

Stand on a once sacred hilltop where people first held rituals and raised monuments 6000 years ago. Closed until Summer 2021.