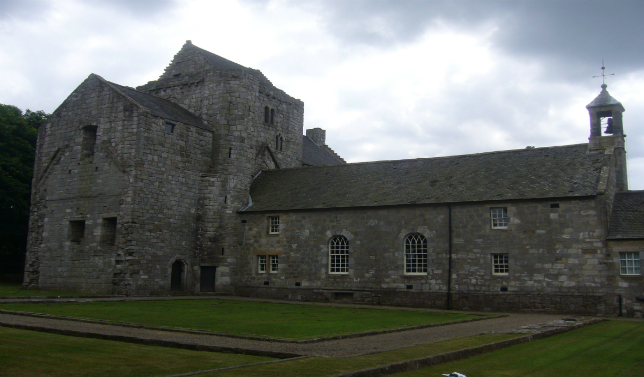 The tower and transepts of a church built by the Knights Hospitaller of the Order of St John of Jerusalem in the 13th century, much altered. Open 1st April- 30th September, weekends only

Torphichen Preceptory is an unusual and fascinating glimpse into Scottish history.

Originally built in the 12th century around an existing church, it was then expanded the following century. The building encompassed a cruciform shaped church, with a nave, central tower, transepts and choir, whose tower and transepts remain, and a number of domestic buildings including a hospital. The church was extended again in the 1400′s , and a cloiste completed.

The church was associated with the Preceptory of the Knights Hospitaller of the Order of St John of Jerusalem in the 13th century. The Order maintained just two such establishments in Britain, the other being in London.

If you want to find out more about the Torphichen Preceptory and view more images, please click here

Getting Around:
If you're planning on visiting the Palace, Torphichen Preceptory and Blackness Castle, then buy your PLUSBUS ticket at only £2.30 for one day of unlimited travel, it is definitely worth while Following the latest Scottish Government announcement for mainland Scotland, the castle is now closed. Any visitors with pre-booked tickets from Thursday 24 December up until and inclusive of Sunday 31 January will be automatically refunded. Find out more about our COVID response on our website: historicenvironment.scot. Step into a largely intact medieval castle whose defences once guarded the Firth of Forth. An impressive venue used as infamous Fort William in Outlander.

Stand on a once sacred hilltop where people first held rituals and raised monuments 6000 years ago. Closed until Summer 2021.